Let us tell what’s the hardest thing about writing this guide to discover different places: describing the places we suggest.

We wanted to take a tour of Asturias, focusing on Oviedo and Gijón. And yes, we realize that we are neglecting a whole world of places. But we have also traveled through another. Asturias is a natural paradise. And a gift of gastronomy. And an urban find for those who, like you or me, enjoy walking, touring the streets in our comfortable footwear.

Café Dindurra is the past and present of Gijón. With more than a century of history, and after surviving very difficult times (including the bombings by the Condor Legion during the Spanish Civil War), it has become a symbol and a unique meeting point in the city.

It is part of the Route of Historic Cafes in Europe, and is one of the most unique architectural works in the area. Don't miss its Art Deco style columns and ceiling, and its hydraulic mosaic floor. 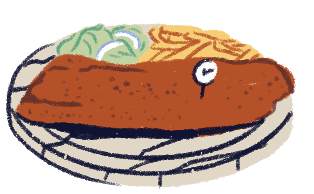 Calle Gascona, also known as the cider boulevard, is located in the center of Oviedo and is the street with the greatest cider tradition.

If you go from top to bottom you can find more than 10 cider houses, which makes it an essential gastronomic stop if you visit the city, in a kind of popular bible of Oviedo. 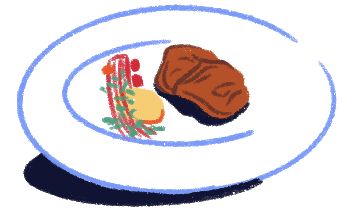 A temple of Asturian gastronomy that was founded in 1924. Currently, its third and fourth generations work together to continue the dream of its founder.

Its menu is a perfect example of a mix of tradition and avant-garde where we can find seasonal and quality products. In addition, the house sommelier will pick the best wines and ciders to accompany all the dishes on offer.

Kausa Taberna landed in Gijón in 2022 with a suitcase full of flavors that transport us to Peru and Japan.

Kausa is the shared dream of César Becerra (chef) and Ramón Coalla (entrepreneur). A tavern with the essence of an Asturian chigre, but with an updated and cosmopolitan approach.

Its dishes bring together Peruvian and Japanese gastronomy, paying special attention to tradition and adapting the flavors to the Spanish sensibility. 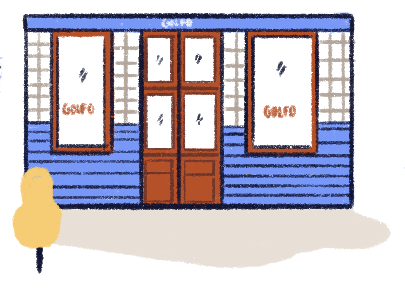 Golfo has the spirit of a traditional bar, which we like so much. A space where you can enjoy good tapas, with a firm commitment to local products and small suppliers, in a casual and very cozy atmosphere.

Oh, and stopping here at vermouth time is a must!

They have more than 20 kinds. A perfect break in your walk to discover the city.

Warsaw is the cocktail bar where tradition and experimentation are the best mix.

Located in an emblematic modernist building, the vintage furniture and stone walls combine perfectly with the beautiful views of San Lorenzo beach. There are plenty of reasons to go and enjoy one of their cocktails, right?

The problem is that you may not be able to choose just one. Its menu has more than 60 different ones, including non-alcoholic ones. 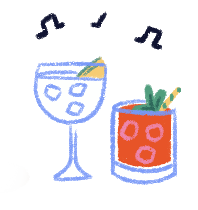 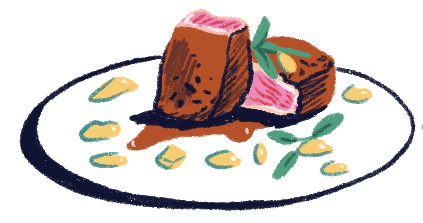 The Auga restaurant, set in the building of the old fish market in the Port of Gijón, and led, since 2011, by Gonzalo Pañeda (the chef) and Antonio Pérez (the maître d'), has become the city's beacon, thanks to both its views and culinary experience.

At Auga they want you to enjoy the best, which goes beyond the Bay of Biscay. Its cuisine condenses the Asturian essence, and is committed to local produce, with an avant-garde touch, leading to suggestive and very satisfying results. 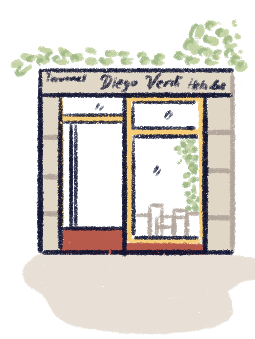 One of the most historic establishments in Oviedo.

This artisanal ice cream shop offers unique classic flavors, but if we had to highlight one, it would be the nougat ice cream, which is still made in the same way and with the same love as in its beginnings, in 1878. To give you an idea, in 1878 Van Gogh was still alive.

In addition, they have chocolates, nougat and other types of sweets that you cannot miss.

Open since 1994, the V.Crespo restaurant has become a second home for those living in Gijon.

It is a win-win, both to enjoy a special meal and for family or work gatherings.

V.Crespo is a classic. And the classics are classics for a reason. 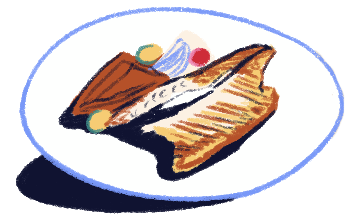 At Al Baile la Temprana you can enjoy traditional cuisine with Mexican undertones.

The place has a cozy and very personal decor, in which fresh flowers and animal paintings play a special role, as does its unique flatware. It is worth mentioning its brunch, also available in a children's menu version.

A unique experience that fuses traditional and Mexican flavors. You'll feel like you're in a Clara Peeters painting.

One of the most unique cafes in Oviedo. It is located in an old stone house and decorated with great charm.

t is the ideal place to have a snack with a homemade cake and a delicious coffee or enjoy a drink at night. Don’t be shy, and go right to the back, where you’ll find a beautiful terrace in its courtyard!

The perfect place to end an imperial walk through the city. 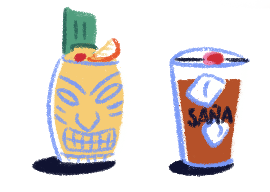 Mala Saña offers exquisite cocktails and drinks in the center of Oviedo.

It is included in the list of Top Cocktail Bars in Spain. Its cocktails are prepared to the rhythm of rap, soul and R&B. Its urban-style decoration contrasts with the architecture of the old quarter in which it is located. And outside, it boasts a great atmosphere, with a large terrace. Its menu includes classic cocktails and also its own mixes, updated according to the season. 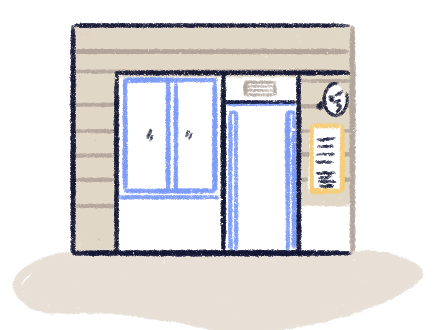 Toma 3 was the first bookstore-café in Gijón.

It was born with the aim of recovering the café as a place for social gatherings and it has succeeded. After ten years offering all kinds of cultural events, book presentations, concerts, and photography and illustration exhibitions, it has become a meeting place in the city for locals and also for indie outsiders.

Cimadevilla is the oldest neighborhood in Gijón, home to its first Roman settlement and still displaying the remains of the wall that surrounded the city. This old neighborhood of fishermen, marisqueras and cigar makers attracts both locals and foreigners for its history, its cobbled streets and its terraces.

You cannot leave without enjoying a few ciders in Cuesta del Cholo, one of the best places to enjoy the last rays of the sun with views of the Marina.

Oviedo is practically an open-air museum.

We recommend that you discover the Vetusta city by taking a tour of the more than one hundred sculptures located in its most emblematic places.

Among them, for example, Motherhood, by the sculptor and painter Fernando Botero.

The market and the Plaza de El Fontán make up one of the liveliest areas of the old town of Oviedo.

Its name comes from the main source, or fontán, which supplied the area’s water. The peasants who lived nearby thought that this was the best place to sell their products. They were soon joined by artisans, who also began selling their wares there. And so, until today, it has been a place of continuous effervescence. In addition, El Fontán is recreated as the Plaza del Pan in La Regenta.

If you walk through these streets, it is very possible that you too will discover love here, like Ana Ozores did when attending a theatrical performance of Don Juan Tenorio.

Campo San Francisco is the main green oasis in Oviedo.

In total there are 955 trees, and the oldest are around 300 years old. It gets its name from the old Franciscan convent located in this ancient forest, where Saint Francis of Assisi rested during his pilgrimage to Santiago.

Campo San Francisco is a place where children can play, where young and old can meet, and a must-see in the city center.

The Gijón Marina is in the center of the city, a few meters from the Plaza Mayor.

Since 1996, without interruption, it has managed to raise the blue flag awarded by the European Foundation for Environmental Education. It is the perfect place to enjoy all kinds of nautical activities without leaving the city: jet skis, paddle surfing, kayaking and boat trips.

And if you prefer dry land, you can enjoy a nice walk to Poniente beach. 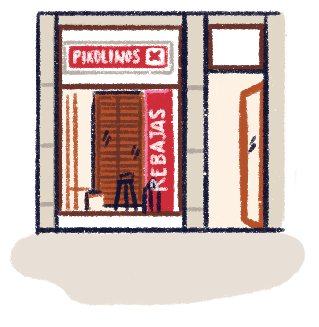 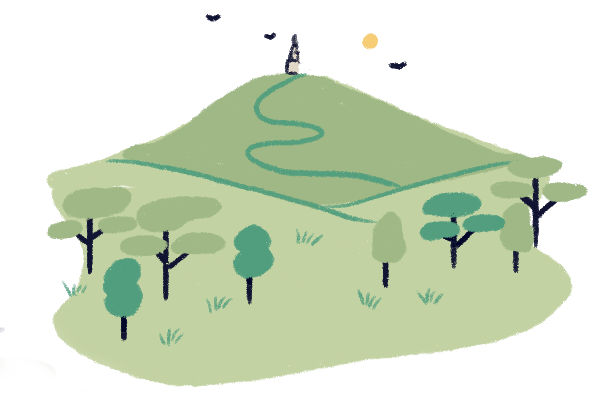 Monte Naranco, the best panoramic views of Oviedo. A mountain, a legend

This hill presides over the city and is closely linked to the citizens of Oviedo. Locals and tourists go there both to enjoy the outdoors and to appreciate the two jewels of the Spanish pre-Romanesque that are located there: the Church of Santa María del Naranco and San Miguel de Lillo.

Both churches were declared a World Heritage Site by UNESCO in 1985. They are not to be missed. 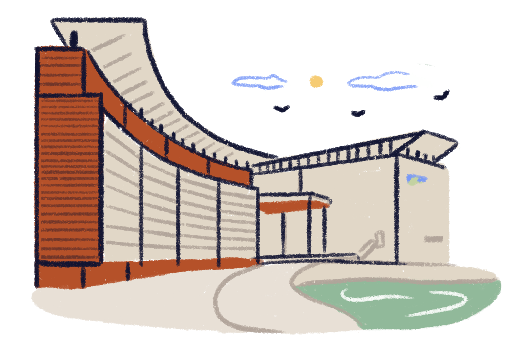 The Gijón Aquarium will allow you to get closer to the flora and fauna of the world's seas in a unique way, through its 60 fresh- and saltwater aquariums.

It has more than 12 ecosystems recreating the life of the Caribbean Sea, the Pacific and Indian Oceans, the subtropical Atlantic Ocean, the South Atlantic Ocean and the Cantabrian coast. Sturgeons, bull sharks, loggerhead turtles, rays, moray eels and eels await you in their tanks.

The aquarium also offers a range of activities for children, such as guided tours and art workshops.

This sculpture by Eduardo Chillida is located on the Santa Catalina hill, in the Cimadevilla neighborhood of Gijón.

It is an ideal place to walk and enjoy nature, as well as the views of the port and the city. What a sea and what a city! This balcony to the Bay of Biscay is a good place to enjoy the sunset.

Also, if you stand inside the sculpture you can hear the sea like never before.

The Môderne, an iconic art nouveau building converted into a sophisticated boutique hotel.

Its location in the area of the Puerto Deportivo de Gijón is exceptional.

A luxury for relaxation less than five minutes from Poniente beach. You will be in heaven, we are certain. 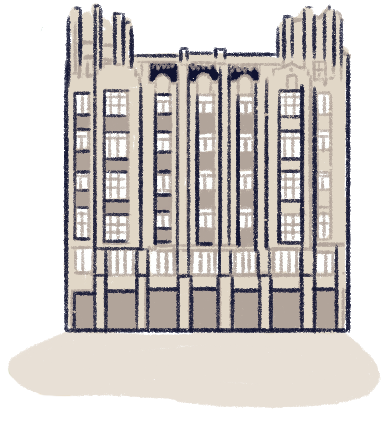 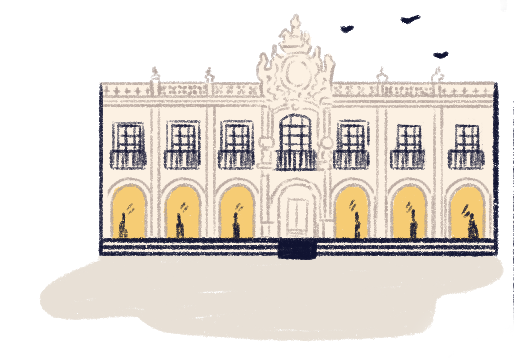 With more than 200 years of history, this hotel is a symbol of Asturias.

Founded in 1752, it was the Hospicio Provincial de Oviedo until 1965, and after some renovations, in 1974 it became the hotel we know today. Its baroque façade is especially worth noting, as well as its two patios and the octagonal chapel by the architect Ventura Rodríguez.

This 142-room hotel reaches its peak each year with the Princess of Asturias Awards, when it hosts the winners. 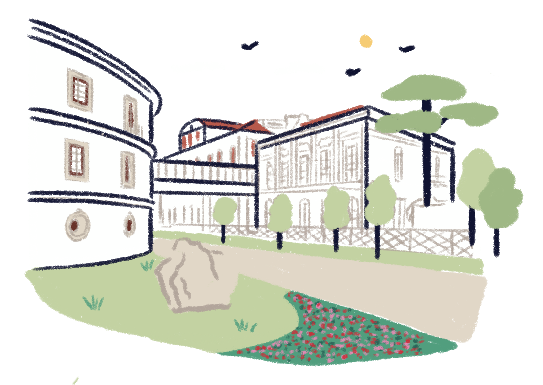 Located in an extraordinary natural environment, this villa is perfect to relax and enjoy yourself. It was created in 1776 and became popular for its therapeutic water. The Villa Termal is divided into several parts: the Royal Spa of Las Caldas, the Aquaxana Thermal Center, where the dome pool is located, and the Gran Hotel, known for its Hall of Mirrors, built in 1878.

In addition, you can enjoy a range of horseback, bicycle and hiking itineraries.

We use our own and third-party cookies to improve your user experience, analyse your browsing and be able to offer you personalised content. You can set or reject cookies by clicking on "Change your settings"; you can also accept all cookies by clicking on "Accept". You can exercise your data protection rights by emailing rgpd@pikolinos.com. Learn more in our Cookies Policy. 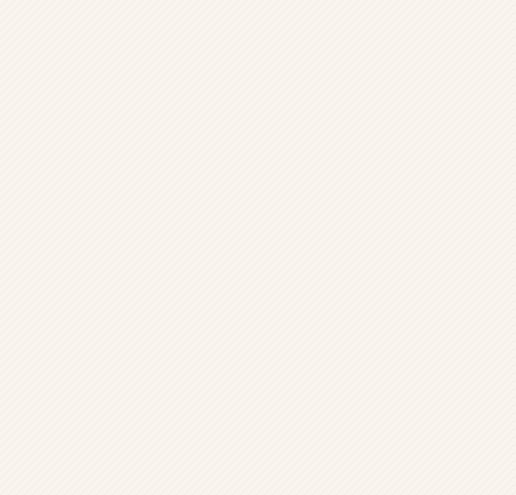 *On your first purchase. Does not apply on purchases under $50.00.

By subscribing you will periodically receive our newsletter and other marketing notifications from Pikolinos via email and/or SMS and instant messaging service (as required). You can withdraw your consent and exercise your data protection rights by writing to us at rgpd@pikolinos.com. Find more information in our privacy policy.

Check your email and confirm your subscription.

FOR HER FOR HIM